IT HAS BEEN SAID!

When reading this prepared text by the Camden's ….ink tank semantic upright public relations department, note the palliative care they grant to those of their administrative blunders and plunders of the public purse. Highlighted in RED, THINK about what words YOU would have put there, as an UNPAID observer of HOW justice is to be looked at in its face.... Some comments have been made on the more obvious highlights that show crafted semantics to tickle your delight. Comments added by J. Doe.

The occasional S.O.D. (Sound bite Of the Day)

Parking still not fine in Camden ... when will the truth come out?

We expect more whistleblowing and revelations soon. Will be interesting to know how 'aware' the council has been with regard to the unlawful restrictions it has been enforcing whilst embarking on the programme of corrections.

Hats off to Richard Osley at the Camden New Journal for the story below ... 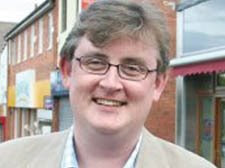 Six months on the meter, and the man brought in to make parking fairer for motorists has gone‘Errors of judgement’ claim as parking department’s star signing exits the Town Hall
Surely this part is “bought in to make parking fairer for council motorists.”
THE Town Hall last night (Wednesday) claimed a parking chief appointed to make Camden’s flagging parking system fairer had made “errors of judgement”. That's what Fraud is called now, never mind so long as HE can smile about it eh?.

In an unexpected move, John Meyer left the council service in the final working week before Christmas – just two months after a New Journal investigation into the council’s much-maligned warden service.Mr Meyer had previously been expected to keep the post of interim parking manager until the summer at least. But his contract has not been renewed and he cleared his desk on the Friday before the festive break.

The Town Hall said there had been actions “not compatible with the public profile of the post”.

Suggestion: 1 - “IN TOTAL BREACH OF AND ULTRA VIRES to his duty of care under the fabulous code of conduct that sins and spins visions of integrity, honesty, respect, and being FULLY compLIARnt with the Law....and the public profile of the post”

Suggestion: 2 - “IN TOTAL BREACH OF AND ULTRA VIRES to his duty of care under the fabulous code of conduct that sins and spins visions of integrity, honesty, respect, and being FULLY compLIARnt with the Law....and that should have been in the PRIVATE profile of the post”

It has been said that “They make up history as if we lived under STALIN.”

Officials confirmed that Borough Solicitor Andrew Maughan was last month asked to investigate anonymous (ooohhh!)allegations that Mr Meyer had awarded himself (new phrase for disabled badge theft?) a permit allowing him to park on yellow lines and in residents’ bays across Camden – although it did not lead to any disciplinary action. (aaahhh!) Why not make it “Borough Solicitor SIR. Andrew Maughan”

A spokeswoman said: “We investigated the allegation. It identified some minor issues but the investigation is closed and no disciplinary action was taken.”As a matter of course, Camden investigates (how about palliates) all complaints against staff. It was pointed out yesterday how accusations are often made unfairly against officials, particularly those in high office. (OOPS nice comment, but what about when the accusations are often made fairly? This is clearly not one of those... aaahhh! ) The council spokeswoman added that directors believed Mr Meyer had contributed to improvements. ( Comment GRAMMATICAL ellipse improvements to WHAT? techniques for deceit and abuse of position??? A bicycle SPOKESperson said) Comment: is this fact or should it go in the children's, mutant FICTION section...?

Last night, Mr Meyer, 37, declined to comment, beyond (ooohhh! What was left out AFTER the beyond????) confirming that a six-month contract had expired on December 19 and that he was now working on a fresh challenge elsewhere. He is understood to have felt he performed well and got on well with senior colleagues during a drive to reorganise the department, taking backbiting (aaahhh poor chappie) among some members of the team in his stride. (ooohhh.. well done stiff upper lip and all that)But the sudden decision to part company has left the parking department without a head (ooohhh how sad) just as it enters its most crucial period for four years and with critical decisions over who should run (plunder) the borough’s warden service in the future to be resolved. (AAHH how sad!)

Camden is planning to offer its biggest-ever deal to private contractors at the start of next year and is preparing the ground before going out to tender on the lucrative opportunity. (Comment – for the rate deceiver, and against the ratepayer. ) The winning bidder could take on all of Camden’s parking enforcement operations for eight years. At the same time, the Town Hall is struggling to understand why cash raised from parking tickets is down by £4million, (comment due to making it more legal) with bosses ordering an internal investigation and a search for “quick wins” to improve performance. A council spokeswoman said yesterday: “At the end of Mr Meyer’s contract, the position was jointly reviewed with him and it was decided not to renew the contract (surely no, decided not to prosecute because he knew too much and would spill the beans). The decision has absolutely nothing to do with contracts or parking tickets.” She added: “During his time with Camden, John has played an important role in the council’s review of the service to make parking more transparent and fair (just kidding) . There were, however, some errors of judgement on his part that we believe (how about KNOW?) were not compatible (how about illegal abuse of position) with the head of service (how about fraud) role or the public profile of the post. No further action is necessary.” (Aaahhh)

Mr Meyer has forged (oops Freudian slip there) a reputation as a top operator in the specialised world of parking enforcement and has advised other councils and large parking companies on their operations. But, as the New Journal revealed in an investigation in October, his appointment in Camden was the source of staff unrest from almost his first day. A group of staff took the unusual step of writing to their superiors – albeit anonymously – to advise caution. While some of his new colleagues at Camden raised the possibility of a conflict of interest over Mr Meyer’s private company HHCT Limited, which repairs hand-held computers used by wardens, and his brother Simon’s post at one of Camden’s contractors, council chiefs stood by their man. (man? How about dishonest person?) In a briefing organised in response to the New Journal investigations, environment department director Rachel Stopard insisted there would be no conflict in terms of his private interests and that he had given up a position he had held in the Conservative party. And in a private memo, Robert Scourfield, her deputy, confidently announced Mr Meyer’s appointment to staff, introducing him as a star signing and suggesting he would be in post until June 2009.

Officials at the Town Hall stressed last night that the “errors of judgement” did not relate to Mr Meyer’s business interests. Senior officers told last year how they need to make the parking service “fit for purpose”, (oops grammatical ellipse again... --- what purpose?) although initial moves to hike builders’ permits by 267 percent have not engendered much confidence among motorists. Unresolved internal investigations into two suspended, well-liked managers have, meanwhile, further angered staff. The department was already unsettled by the departure of Rudy Bright, the last permanent parking manager, who left last year with a redundancy package soon after he had been lampooned by protesters in a You-Tube video condemned by the council.

Camden’s Labour group leader Councillor Anna Stewart said: “This a blow to the Camden Parking Service, which is in a demoralised and volatile state. There is a massive financial shortfall looming (get out and punish more unlawfully) this year and staff will be under pressure to bring in ever higher charges for residents. Parking must be fair and effective for local people.”A council spokeswoman said: “The process of recruiting a new permanent head of parking services is under way, and short-term arrangements have been made to cover the post temporarily.”

It has been said that …

This is a child's story for bedtime ooohs and aaahs, and pity the council for their shortfall, we must be public spirited and sympathize all together now... AAAAAHHHHH!

Posted by Neil Herron at 5:19 AM 0 comments Links to this post